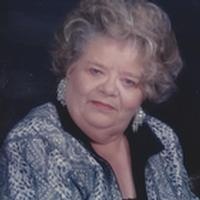 Irene was born July 18, 1934, in Arapahoe, Nebraska, a daughter to the late Julius A. and Lydia E. (Baese) Schabacker.

She was a graduate of Owensville High School.

Irene was married twice. Once to Joseph W. Bialczyk and then later to Elwood Clubb. Both preceded her in death.

She was a member of the Owensville Christian Church. Irene was saved and baptized on February 16, 1975 at the Faith Baptist Church in Belle.

Irene worked as a cook in many different restaurants in the area before retiring. Her hobbies included reading, doing crossword puzzles, cooking, baking, raising tomatoes, and she liked to sew when she was younger. She enjoyed spending time with her family and friends.

In addition to her parents and husbands, Irene was preceded in death by two brothers, two sons, and one granddaughter.

A memorial visitation will be held from 10:00 a.m. until 11:00 a.m. on Saturday, December 5, 2015 at the Owensville Christian Church. A memorial service will follow at 11:00 a.m. with Pastor Nicholaus Geisert officiating.

To order memorial trees or send flowers to the family in memory of Irene Clubb (Bialczyk), please visit our flower store.