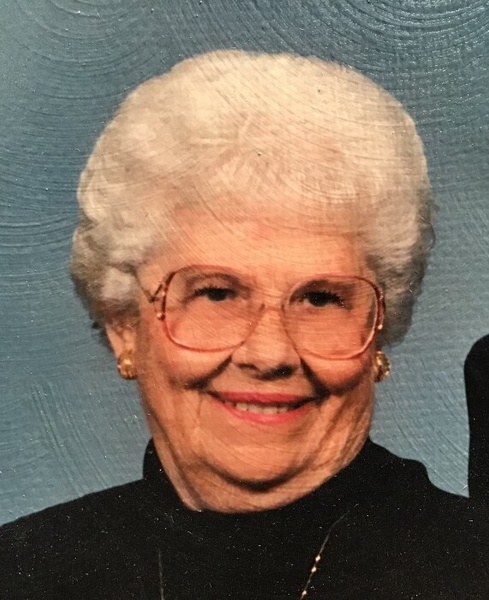 Inez (Satterfield) Pinnell, age 100, of Owensville went to be with the Lord on Thursday, July 16, 2020 at Twin Oaks Heritage Point Nursing facility in Wentzville.

Inez was born October 30, 1919, in Kersey, Colorado, one of eight children born to the late Joseph Alfred and Lizzie May (Cooper) Satterfield.

Inez was saved at the age of 9 and united with the High Gate Baptist Church in High Gate, Missouri. She was a veteran of the Women’s Army Corp during World War II. After the war, Inez and Bill were married and lived and worked in St. Louis. Inez retired after working for more than 32 years at General Motors.

In addition to her parents and husband, preceding her in death are three brothers, Ellis, Edgar, and Karl and four sisters, Lola, Evelyn, Hazel, and Loy.

Inez and Bill had no children but she leaves behind a host of nephews and nieces: Anne Kersting, Betty Wishmeyer, Bonnie Gettle, Ruth Ann Sigman, Donald Johnson and a host of great and great-great nieces and nephews of which she loved dearly.

Expressions of sympathy may be made to the First Baptist Church of Owensville.

To order memorial trees or send flowers to the family in memory of Inez I. Pinnell, please visit our flower store.