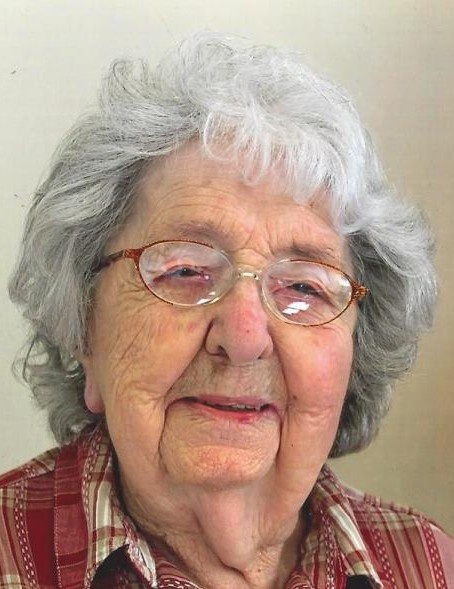 Imo Laura Ridenhour, age 96, of Eureka, formerly of Belle, passed away Wednesday, December 6, 2017 at the Marymount Nursing Center in Eureka.

Imo was a member of the Baptist Church.  She enjoyed cooking, sewing, being an excellent seamstress, gardening, canning, traveling, going to listen to bluegrass music and square dancing. Most of all she enjoyed spending time with her family.

In addition to her parents and husband of fifty one years, Imo is preceded in death by one sister and 6 brothers.

Arrangements are under the direction of Sassmann’s Chapel, Belle, MO. (859-3712)  www.sassmannschapel.com

To order memorial trees or send flowers to the family in memory of Imo Laura Ridenhour, please visit our flower store.
Send a Sympathy Card