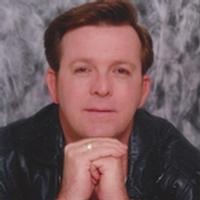 Richard was born on October 10, 1947, in Pattonville, a son to the late Houston D. Goforth and Jessie Marie (Tucker) Tripp.

Richard earned his GED and attended Jefferson College in Hillsboro.

On January 29, 1972, Richard was united in marriage in Bridgeton to Linda Jean (Wright) Goforth, who survives at their residence.

Richard was a member of the Owensville Gun Club. You could always find Richard outside cutting grass, hunting, gardening, or shooting targets. When Richard could not be outside, he enjoyed playing chess on the computer.

In addition to his wife of 44 years, Richard is survived by: his two uncles, Cecil Goforth of St. James and Lonnie Goforth and his wife Margie of Belle; a cousin, Douglas Goforth of Belle and his best friend for over 30 years, Jerry Ford of Belle.

Interment with full military honors will be in the Countryside Memorial Gardens Cemetery near Bland.

In lieu of flowers, expressions of sympathy may be made to the family of Houston "Richard" Goforth.

To order memorial trees or send flowers to the family in memory of Houston Richard Goforth, please visit our flower store.