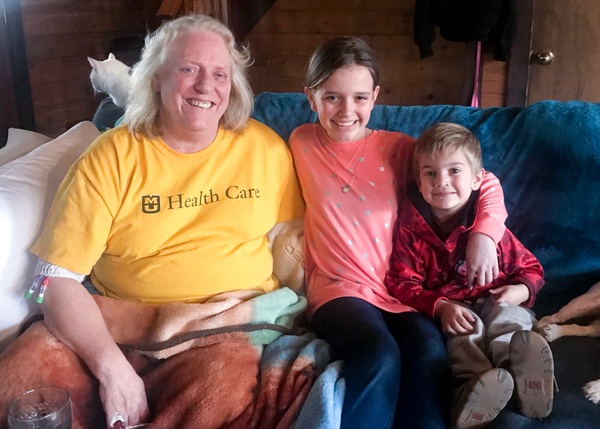 Holly Carol Englert (nee Schneider), age 60 passed away on September 15, 2020 at her residence near Bland.

She was born on January 23, 1960 in Washington, Missouri to the late Kenneth Schneider and Julaine (Fredrick) Maczuk who survives of her home.

Holly was a 1978 graduate of Hermann High School and received her bachelor’s degree from Columbia College.

In 1982 she was united in marriage to Leroy Englert. From this union their son, Josh was born. Leroy preceded her in death in 1993.

Holly had been employed as a Service Manager for over 30 years for both Maczuk Chrysler in Hermann and Fairgrounds Auto Plaza in Rolla.

She was a lifelong area resident and a member of the St. Paul United Church of Christ in Hermann.

Holly was a 2 sport athlete in high school and college playing softball and volleyball. She enjoyed fishing, hunting, and raising and showing her Peruvian horses. Holly loved animals and was a huge St. Louis Cardinal fan. She was a very social person with lots of friends and she never met a stranger. Her greatest joy came from spending time with her friends and especially time with her grandkids. Holly will be missed tremendously by those who knew and loved her.

Holly is survived by: her mother Julaine Maczuk of Hermann, Missouri; one son, Josh Englert and his wife Beverly of Washington, Kansas; two grandchildren, Liam and Hayden Englert; one brother, Rick Schneider of Hermann; her partner, Angie Detjen and her children Katie, Jimmy, and Kenady of Bland; and her dogs, Ethel and Gretchen as well as many extended family members and friends.

She was preceded in death by her father, husband and her best friend, Theresa.

In lieu of flowers, the family asks that expressions of sympathy be made to a college fund for Liam and Hayden Englert.

To order memorial trees or send flowers to the family in memory of Holly C. Englert, please visit our flower store.