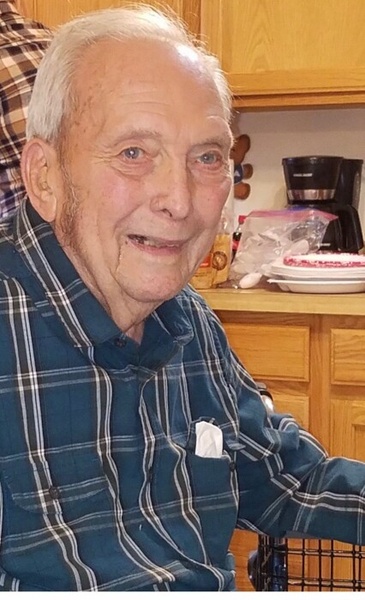 He was born February 22, 1933, a son to the late Henry George Rolwes, Sr. and Dorothy Elizabeth (Volker) Rolwes.

Henry attended the St. Agatha Catholic Church in St. Louis as a child and then graduated from the public school system. Following high school, he proudly served his country during the Korean War on the U.S.S. Boxer. He was honorably discharged from the Marines in 1954.

He was one of the most hard-working men and never hesitated to sacrifice for his family. He taught at Arthur Murray Dance Academy for many years prior to him meeting the love of his life Gloria. The couple was married April 16, 1963 at the courthouse in St. Louis. He joins his beloved wife and soulmate who preceded him in death March 21, 2020.

Hank retired in 1995 from the U.S. Postal Service. He enjoyed fishing, hunting, gardening, and spending time with his family. It was important to him to pass down the value of hard work to his children. He taught his children, “Don’t say you can’t do something before you try it”, to believe in themselves, and to stand for what they firmly believe in. He enjoyed teaching his children and grandchildren how to dance. He always encouraged and was proud of his family’s accomplishments.

In addition to his parents and wife, Henry was preceded in death by granddaughter Dawn Gumpenberger, one infant great-granddaughter Madalynn Pack, one brother Kenneth Rolwes, and one sister Helen Kutilek.

Private family services have been made and interment will be in the St. Michael Cemetery near Bland with full military honors.

Expressions of sympathy may be made to the Disabled American Veterans or to the St. Jude’s Children’s Hospital.

To order memorial trees or send flowers to the family in memory of Henry George Rolwes, Jr., please visit our flower store.