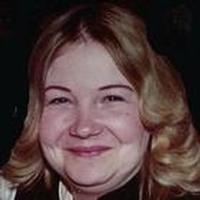 Helen was born on November 2, 1950, in St. Clair, a daughter to the late Herman Raymond and Elizabeth Sue (Hart) Ridenhour.

On November 9, 1973, she was united in marriage to Harold Ray Combs in O’Fallon. He survives at the home.

Helen enjoyed watching television with reality shows being her favorite and she also enjoyed playing cards. However, Helen’s greatest joy was spending time with her family especially her grandchildren.

In addition to her spouse, Helen is survived by: a daughter, Carrie Combs and her fiance Chris Gehlert of Belle; a son, Matthew Combs and his wife Angie of Vichy; three grandchildren, Shelby, Aydin, and Ashton Combs; one brother, J.R. Ridenhour of Troy and one sister, Carol O’Connor of the State of Illinois.

In addition to her parents, Helen was preceded in death by one sister, Phyllis Smith.

Funeral Services will be held at 4:30 p.m. on Friday, March 21, 2014, at Sassmann’s Chapel in Belle with the Rev. Doug Lane officiating. Interment will follow in the Pilot Knob Cemetery near Belle.

Expressions of sympathy may be made to the Combs Family.

To order memorial trees or send flowers to the family in memory of Helen Kay Combs, please visit our flower store.