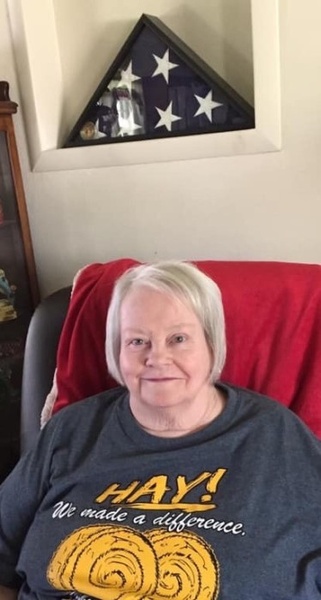 Helen Marie Baumgartner, age 86, of Belle, Missouri, passed away peacefully surrounded by her family on Monday, March 9, 2020 at Gasconade Manor in Owensville, Missouri.

Helen was born May 12, 1933, in Highgate, Missouri, a daughter to the late Parm and Eva (Woodruff) Southard.

Helen was a lifelong area resident, a member of the Highgate Baptist Church, and a 1951 graduate of Belle High School.

Helen was employed as a seamstress at California Manufacturing in St. James, Missouri, for almost 30 years before retiring and also served as the Shop Steward for the Amalgamated Clothing Workers of America Union. She continued employment at Cotton Belle in Belle, Missouri, where she completed her lifelong seamstress career.

Helen liked being on the go and keeping busy. She enjoyed sewing and made clothing and crafts for many friends and family members. Helen volunteered her time serving in the concession stand when the Kingsford Soccer Club program was initially established.  She was an avid St. Louis Cardinals fan and on more than one occasion spent the night at the stadium to acquire World Series tickets. Helen enjoyed traveling with friends and family to many places (casinos always being her favorite destination).  She loved listening to the Grand Old Opry but her greatest joy came from time spent with her friends and family. Especially her grandchildren, great-grandchildren, and great-great-grandchildren including those special little ones she cared for over the years.  All these children were the ones who caused her face to light up and her eyes to sparkle. She will be missed greatly by those that knew and loved her.

In addition to her parents and husband, Helen was preceded in death by two brothers and their wives, Wallace and Geneva Southard and Glenis and Iris Southard, two infant brothers, and a sister-in-law, Iva Kearns.

Keeping with Helen’s wishes, her body was cremated and private family services will be at a later date.

To order memorial trees or send flowers to the family in memory of Helen Marie Baumgartner, please visit our flower store.
Send a Sympathy Card