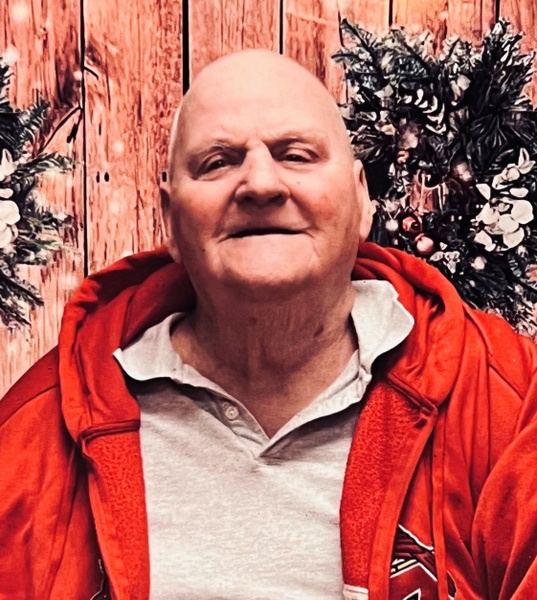 He was a 1953 graduate of Belle High School.

He was united in marriage on January 23, 1954 to Virginia Mae Shockley at First Baptist Church in Belle.

Wimp and Virginia moved to Illinois where he was employed with Tri-City Grocery Company for 19 years.

In 1972, they returned to Belle and purchased the former Curtman’s Grocery Store and began their business, Woolley’s Shopping Basket. The business was used as a wildlife check station for the Missouri Dept. of Conservation. This gave the family the opportunity to begin processing deer. Many people would check in their deer and leave it to be processed. A large crowd would gather every year to see the big bucks that were harvested. The family worked long hours during deer season, processing hundreds of deer.

Wimp loved sports, especially the St. Louis Cardinals. He played with the town softball team for many years. He served as an umpire and referee for several years.

In 1999, Wimp closed his business and officially entered retirement. Since he wasn’t completely ready to quit the work force, he joined the Lowe’s team in Rolla, helping set up shelves and stock items in the newly constructed building. He later worked for the Maries R-II School District as a crosswalk guard and served as an election judge in Maries County for Jefferson Township. He also served as an Alderman for the City of Belle.

Tired of the flooding, Wimp sold his river land and started raising chickens and rabbits. You could usually find him either sitting in his truck or sitting in a lawn chair watching the traffic go by.

After his heart bypass surgery, his health began to fail. He moved to Gasconade Manor in Owensville where the staff spoiled him. He remained active at Gasconade Manor as long as his health permitted. He especially enjoyed the special musical guests, Bingo, and served as the taste tester for the Cooking Corner.

Services will be held Friday, September 30, 2022 at Faith Baptist Church in Belle with his grandson Jonathan Woolley officiating. His family will hold a memorial service at Skaggs Chapel Cemetery following his cremation.

To order memorial trees or send flowers to the family in memory of Harold "Wimp" Ray Woolley, please visit our flower store.