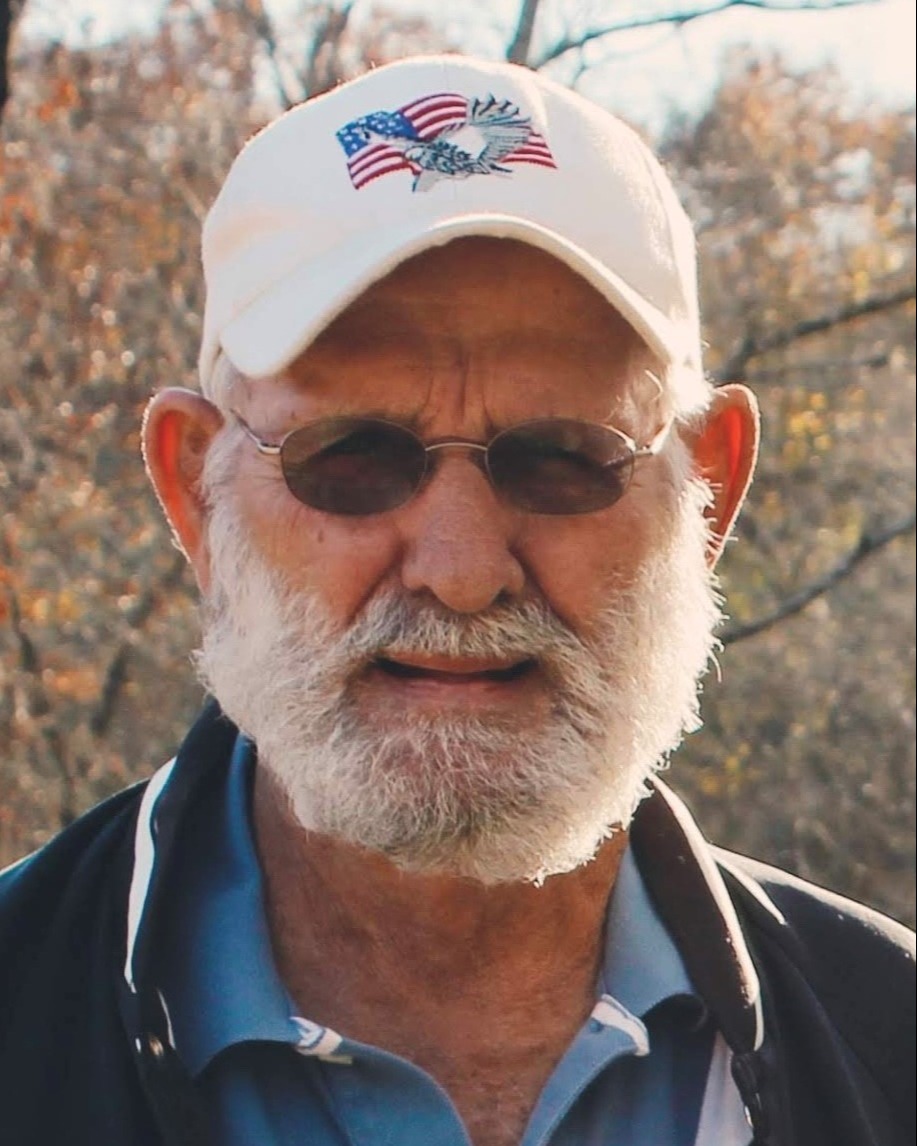 On Tuesday, November 15, 2022, Harold Edward Smith, passed away peacefully after spending his last few days surrounded by his loved ones. At ninety-one, he was a loving husband, a proud father and grandfather, and a stranger to no one.

Born to Leslie and Una Smith, Harold grew up in the country with his five brothers in Osage County, Missouri. He was drafted into the Army, where he proudly served his country alongside 3 of his brothers. When he returned home, Harold married one of his childhood friends, Evelyn Litton, daughter of Taul and Floy Litton, on August 14, 1954. They were married for 68 years.

In 1968, after moving to St. Louis, Harold worked for Chrysler for twenty-five years before retiring. He then completed dealer trades for Royal Gate Dodge for seventeen years, and traveled to many different places.

Often described as “one of a kind,” Harold had a love for cars, piddling around in his yard, and telling jokes. Often times you could find him in his signature suspenders, sitting on his front porch, making some kind of contraption, or adding to his many collections. He spoiled his beloved dog, Chloe, and regularly enjoyed a good ice cream. Harold never met a stranger, and he loved his grandkids more than anything. Spending time with his wife, sons, or grandchildren brought out his biggest smiles and his deepest belly laughs.

Harold is preceded in death by both of his parents, as well as four brothers: Gene, Morris, Darrell, and Melvin. In addition, he will be reunited in Heaven with many other close family members and friends.

Harold is survived by his wife, his two sons, Dewayne Smith of Cedar Hill, and Dennis Smith of Union, his five grandchildren, Matthew, Kim, Melissa, Delanie, and Demi, one great granddaughter, Mattie, as well as one brother, Mac (Linda) Smith of Plant City, Florida. In addition, he leaves behind many family members and friends. Just as Harold had done for most of his life, he kept his loved ones laughing until the very end. He will be missed dearly.

Graveside services will be held on Saturday, November 19, 2022 at 12:00 p.m. at the College Hill Cemetery in Belle with full military honors.

To order memorial trees or send flowers to the family in memory of Harold E. Smith, please visit our flower store.