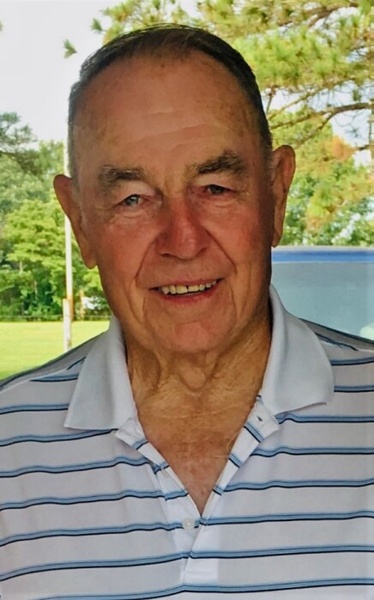 Glennon Lee Abel, age 83, of Belle joined his Lord and Savior Friday, May 22, 2020 at his residence. Glennon was born in St. Louis, Missouri on July 14, 1936 to the late Orvel “Shorty” Abel and the late Dorothy (Nie) Abel. He attended all 12 years of school at Belle, graduating in 1954. He attended the University of Missouri Journal Linotype School in Columbia, Mo.

Glennon started setting type for newspaper in 1956, working at Rolla Newspaper, Belle Banner, and Franklin County Tribune in Union, Missouri employed as a shop foreman.  In October of 1966 he started working for UPS delivering and later drove semi tandem-trailers until his retirement in 1995, often stating it was “one of the best decision I ever made.”

Glennon’s hobbies were woodworking, golf, traveling, reading, drinking coffee at the “round table”.

He loved woodworking.  He spent many hours working in his workshop building beautiful pieces of furniture for his family and friends.  He was a perfectionist, taking great pride in everything he did.  He could repair “anything”.  Loved the challenge.  Anything got broken, familiar remark was “Give it to Pa.  He can fix it!’

Playing golf was always at the top of his list for hobby.  As soon as the weather became nice, Belle Golf Course was his second home.  Started playing at age 16 and played until his health wouldn’t let him.  He enjoyed most, the times he played with his sons, when he could come home and say,” I gave the boys a run for their money today!  The old man stayed up with them pretty good”.

He and Joan took a trip, sometimes two, every year beginning in 1982.  They often traveled with other couples.  Always tried to avoid interstate, just taking scenic routes and points of interest.  Wonderful memories were made.    Wintertime was spent reading western, mystery, and history books.  After golfing days, round table meetings became his priority.  It would take an emergency to keep him from going to Double L Country Store “to meet the men”, from 1:30 – 3:30.  Precious friendships were made at this gathering.

Most of all, was the pride and joy he had for his family.  Family gatherings were mostly Easter, Thanksgiving, and Christmas Eve.  He usually just sat in his chair, saying very little, but inside bursting with pride and joy watching the family.  After everyone left some of his remarks might be, “We did pretty good, didn’t we?” or “Not a bad looking bunch!” or “They had better start doing something with that kid or they are going to have trouble!”

A celebration of life service has been planned.

Expressions of sympathy may be made to the family of Glennon Abel.

Arrangements are under the direction of Sassmann’s Chapel, Belle, MO. (859-3712)  www.sassmannschapel.com

To order memorial trees or send flowers to the family in memory of Glennon Lee Abel, please visit our flower store.