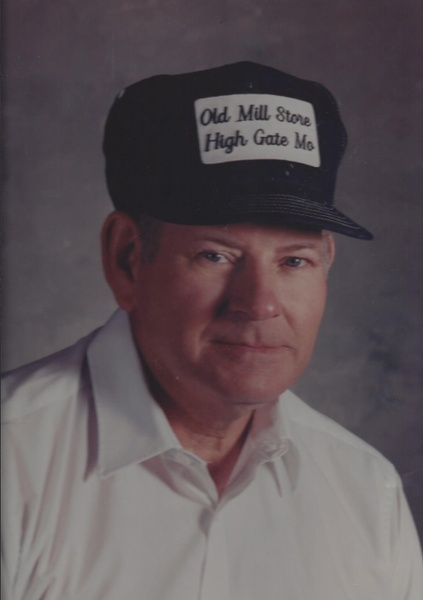 It is with sadness that we tell the Maries County community that an old one has passed and along with him passes pieces of local history that no longer will be shared with us. Glen L. Southard passed away Sunday, August 19 at the age of 89.

During his vigorous years, Southard was many things but notably he was an American and local historian of merit. He sought out the names, places and how the people lived and he shared it with others. He was a close friend and confidant of noted Belle High School History Teacher Bryce Jett, whom he met with frequently and the two liked to talk about history.

It was Jett who told Southard that Asa Pinnell is considered the Father of Maries County, a distinction that was important to Southard and he helped mark the spot where Pinnell is buried. Southard recalled riding in the back of a wagon as a child and his grandmother telling him the place they were passing by was Squire Asa Pinnell’s homestead on Lanes Prairie. It was called Double Chimneys because of the large chimneys at each end of the building.

Southard passed on much of what he learned from Jett, from reading, and from talking to the older people in the area. His compilation of the history of High Gate, Missouri stands as a life’s work. He and his beloved wife, Iris, spent years gathering pictures and information about the people and places of High Gate. They personally financed the book’s printing and sold all of the copies. The book is out of print and there are people who continue to want a copy of “The First 125 Years 1850-1975 A Personal History of High Gate, Missouri. The book was dedicated to a man Southard much admired, Dr. John B. Underwood, MD (1865-1950).

The Southard family operated the Old Mill Store in High Gate for over 30 years of continuous service to the community. The store sold supplies of all kinds but also was a meeting place in High Gate. It is a historical building. Southard had respect for the older structures and mourned the destruction of the old school house in High Gate and the Baptist Church there. To him, the old buildings were better than any new ones could ever possibly be.

He never fully recovered from the death of his wife, Iris (Keeney) Southard, who passed away on July 13, 1994. She was the flower of his life. He mourned her every day.

Southard was born at High Gate on August 3, 1929, a son of Parm Vernon and Eva (Woodruff) Southard. He was a 1946 graduate of Belle High School and an Army veteran of the Korean War, stationed in Germany and working in Army Intelligence.

He had many interests and hobbies including coon hunting, arrowheads, collecting antiques with a special interest in antique lamps, which he repaired. He and Iris were charter members of two nationally known lamp organizations, The Aladdin Kings and the Miniature Lamp Club. Iris, too, was an antique expert, especially with dishes.

Southard is survived by a son, Brent Southard of High Gate; a daughter, Bonnie Rose and her husband, Dennis of Bland; one grandson, Shad Lincoln and his wife, Crystal, of St. James; two great-grandchildren, Tristan and Aiden; and a sister, Helen Baumgartner of Belle.

He was preceded in death by his parents and his wife; a brother, Wallace Southard; one brother-in-law, Ivan Baumgartner; and a sister-in-law, Geneva Southard.

Expressions of sympathy may be made to Alternative Hospice. Graveside services will be held at 2:00 p.m. on Sunday, August 26, 2018 at the Highgate Baptist Cemetery with full Military Honors.

To order memorial trees or send flowers to the family in memory of Glenis "Glen" L. Southard, please visit our flower store.
Send a Sympathy Card