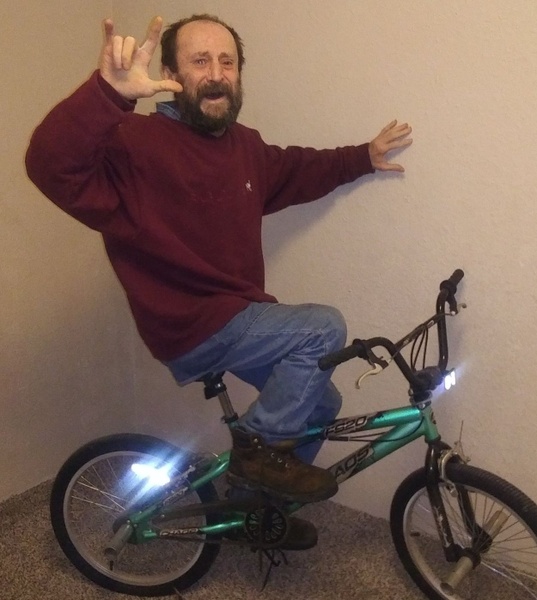 George attended The Warsaw school system as a child.

On August 3, 1985, he was united in marriage to Connie Perkins. Connie survives of their home in Belle.

Before George lost his sight, he was employed at Asplundh Tree service in Kansas City for over 12 years. He also loved breaking horses, helping take care of the family farm, hunting and fishing. He had a great sense of humor and loved visiting with friends and telling stories. His greatest joy was time spent with family.

In addition to his wife, Connie, He is survived by: two son’s Dylan Johnson of Belle and Adam Johnson of Licking; one grandson, Evan Johnson; one brother, David Johnson and his wife Deena of Bristow; and one sister, Kim Light of Lowery City as well as many extended family members and friends.

George was preceded in death by his parents.

A celebration of George’s life will be held at a later date.

To order memorial trees or send flowers to the family in memory of George Melvin Johnson, Jr., please visit our flower store.