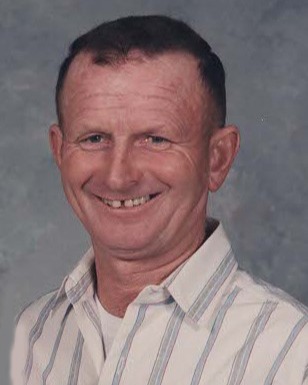 Gary was born February 19, 1945, on the Cook Family Farm outside of Belle, a son to the late Bennie and Ruby (Jett) Cook.

Gary was a lifelong resident of Belle and a 1963 graduate of Belle High School.

On December 18, 1965, he was united in marriage to Bessie Drewel at High Gate Baptist Church.  To this union three children were born:  Tina Louise, Gary Leon (Junior), and Bennie Lee.  Bessie survives at their home in Belle.

Gary served in the United States Army from 1965 to 1967, working as a mechanic and receiving the National Defense Service Medal, Good Conduct Medal & Rifle Marksman Certificate. After an honorable discharge, Gary moved back home and was employed at Kingsford Charcoal in Belle for over 30 years as a mechanic. During his early years after returning home, Gary assumed ownership of Cook’s Wrecker & Repair, a business started by his father Bennie.  Gary and Bessie continued ownership and operated Cook’s Wrecker & Repair for over fifty years.

Gary has farmed his whole life and particularly enjoyed his cows and tolerated Bessie’s chickens, turkeys and guineas. Gary was well known for his infectious, yet mischievous smirk. He worked hard to get a rise out of people only to smirk, shake his head, and walk away.  He was a loving husband, brother, father, grandfather and great grandfather.

In addition to his parents, he was preceded in death by one sister Kathleen Cook.

beginning at 11a.m. with Pastor Chris Cook officiating. Interment will be in the High Gate Cemetery immediately following the services.

Expressions of sympathy may be made to the High Gate Cemetery.

To order memorial trees or send flowers to the family in memory of Gary L. Cook, please visit our flower store.