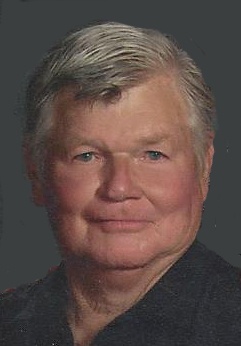 Gary Allen Barbarick, age 78, of Belle passed away Friday, November 13, 2020, at his residence surrounded by family.

Gary was born December 26, 1941, in Belle, a son to the late Ralph Edward and Ruby Berniece (Campbell) Barbarick.

He was a 1959 graduate of Belle High School and a member of the First Christian Church in Belle.

On November 17, 1962, he was united in marriage to Jo Anne Pendleton at her parent's house near Belle. Jo Anne survives of their home.

Gary retired from the Ford Motor Company in Hazelwood after 31 years and became a fulltime fisherman, hunter, and storyteller. He often referred to himself as “Choctaw” with his family which always gave them a good laugh.

Gary was preceded in death by his parents and grandparents.

Due to Covid, private family services have been arranged.

Expressions of sympathy may be made to the First Christian Church of Belle.

To order memorial trees or send flowers to the family in memory of Gary Allen Barbarick, please visit our flower store.