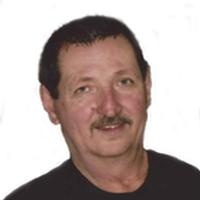 Garry M. Basham, age 61, of Belle, passed away Wednesday, January 7, 2015, at his brothers residence surrounded by his family.

Garry was born on January 27, 1953, in Maries County, a son to the late Fred James and Dorothy V. (Butler) Basham. They both preceded him in death.

Garry attended the Belle School District and was a lifelong resident of the area.

In 1991, he was united in marriage to Christine Keating.

In addition to his parents, Garry was preceded in death by: one brother, Jim Basham.

Funeral Services will be held at 11:00 a.m. on Saturday, January 10, 2015 at the Christian Church in Bland with Pastor Bruce Elmore officiating. Interment will follow at the Liberty Cemetery near Belle.

Expressions of sympathy may be made to the family of Garry.

To order memorial trees or send flowers to the family in memory of Garry M. Basham, please visit our flower store.
Send a Sympathy Card