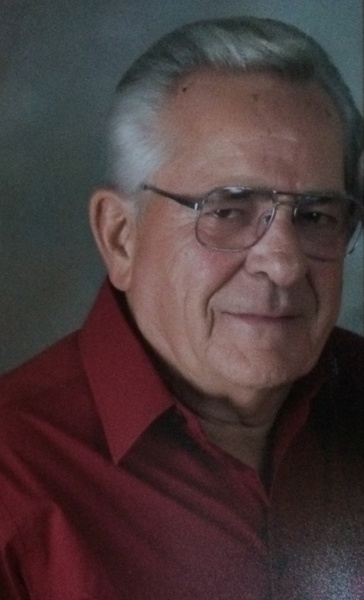 Gale Marcial Snitker, age 78, was united with his heavenly father on Saturday, August 18, 2018 at his home in Belle, Missouri.

Gale was born on the farm in peaceful Postville, Iowa on April 21, 1940 to Wesley and Marie (Hangartner) Snitker.  He spent his childhood in Frankville, Iowa, the second child of 13 close-knit siblings.  Gale later moved to Belle, where he was united in marriage to Shelby Jane (Janie) Mahaney on June 11, 1960.  From this union, two sons were born – Roland Dean Snitker and Jeffery Lynn Snitker.

Gale was employed at Von Hoffman and Mid Missouri Graphics for 34 years, making many friends along the way.  Upon retirement, he focused on farming and caring for others, never afraid to help those in need or give the shirt off his back.

Gale was passionate about REAL country music.  He looked forward to Tuesdays when he played music with friends in local cafes, retirement centers and nursing homes.  There was always someone who wanted him to yodel, which he did with the best of them.  Most nights you could find him snacking on popcorn and watching his favorite baseball team, the St. Louis Cardinals.

The love for his family ran deep.  It wasn’t unusual to see Gale cheering on the sidelines at sporting events or giving his grandchildren and great-grandchildren rides on the tractor and four-wheeler, even if the parents didn’t necessarily approve.

Family, friends and others whose lives Gale touched are invited to the visitation at Liberty Church of Christ, Wednesday, August 22, 2018 from 5:00 to 8:00 pm.

Expressions of sympathy may be made to the Fair Haven Children’s Home, Strafford, Missouri.

To order memorial trees or send flowers to the family in memory of Gale Marcial Snitker, please visit our flower store.