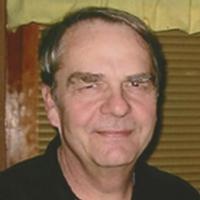 Fritz was born on October 19, 1946, in Bland, a son to the late Loyd and Imogene (Ridenhour) Kinkead.

Fritz was a 1964 graduate of Belle High School and a 1972 graduate of Linn State Technical College in Linn.

Fritz served in the United States Army as a medic.

On July 20, 1968, in Bland, Fritz was united in marriage to Kathy (Bullock) Kinkead, who survives at their home.

Fritz was owner and operator of Kinkead Auto Body Shop. After retirement, he worked for Brady Auto Body in Belle and was also a substitute night custodian for the Gasconade R-2 School District.

Fritz enjoyed going hunting, fishing and spending time with his family. He loved watching his son-in-law and grandson race. Fritz gave the gift of himself by being an organ donor.

In addition to his wife of 47 years, Fritz is survived by: a daughter and favorite son-in-law, Angela Jones and her husband Shawn of Belle; three grandchildren, Jessica Brightwell and her husband Robert, Caston Jones and his fiancAC.e, Maggie Satulla, and Tori Jones and special friend, Kolton Eoff; great grandsons, Logen Brightwell and Keaton Brightwell and great granddaughter Zoee Brightwell; three brothers, Duane Kinkead and special friend, Carolyn McDaniel of Alvin, Texas, Loyd Kinkead and his wife Jovita of Vichy and Gary Kinkead and his wife Sharon of Bland; a brother-in-law, Kenneth Bullock of Vichy and sister-in-law Delores Nicholson of Illinois.

In addition to his parents, Fritz was preceded in death by two brothers, Donnie and Denny Kinkead.

A private family service will be held at a later date.

Expressions of sympathy may be made to Disabled American Veterans.

To order memorial trees or send flowers to the family in memory of Frederick C. Kinkead, please visit our flower store.
Send a Sympathy Card