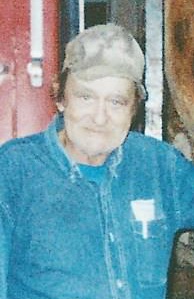 Franklin Edward Thurmond, age 82 of Owensville, formerly of Bland, passed away Sunday, March 10, 2019 at the Frene Valley Nursing Facility in Owensville surrounded by his loving family.

Franklin was born December 9, 1936 in Union, MO., a son to the late Benjamin and Ada (Dearing) Thurmond.

Franklin was a self- employed logger and truck driver for many years. He owned a saw mill and made cedar lawn furniture. He loved fishing, picking walnuts, blackberries and sassafras to make tea.

Expressions of sympathy may be made to the family of Franklin Edward Thurman C/O Sassmanns Chapel P.O. 881 Belle, Mo. 65013

To order memorial trees or send flowers to the family in memory of Franklin Edward Thurmond, please visit our flower store.