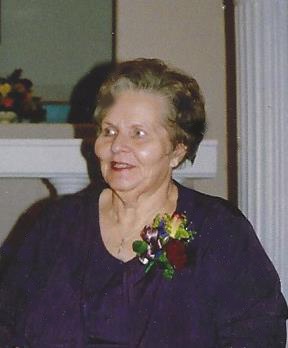 Florence A. Wells, 76, of Belle, passed away on Saturday, December 30, 2017, at Westphalia Hills Retirement home.

Florence was born on November 2, 1941, in Belle a daughter to the late Raymond Ridenhour and Zelma (Ficke) Jones.

In 1957 Florence was united in marriage to Martin Schalk. They later divorced. Martin passed away on December 2, 1978. Florence got remarried on November 18, 1978 to Ronald Wells. He preceded her in death on October 29, 2003.

Florence had been employed at the Brown Shoe Company in Owensville for many years. She also worked as a cook at several restaurants throughout the area in including the Dinner Bell in Bland and the Donut Shop in Belle. Florence was a ordained preacher and performed many marriages in the Belle area as well as serving as the clergy at the R.L.D.S Church in Belle. She attended the Bland school system until she was 15 when she quit to start a family.

Florence was a member of the R.L.D.S church and her hobbies included reading, playing piano and writing poems and songs. She loved to sing and would take time throughout her life to sing in bands and choirs. She even sang once on a local radio station. Her greatest joy was spending time with family and friends.

In addition to her parents and husbands, Florence was preceded in death by one infant son, Michael; one infant sister, Carmalitta; and three brothers and two sisters, Mack Ridenhour, Charlie Jones, Ronald Jones, Jessi Jones, and Mary Ridenhour Wells.

To order memorial trees or send flowers to the family in memory of Florence A. Wells, please visit our flower store.