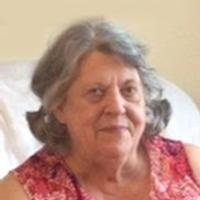 Florence was born on May 29, 1931, in Hermann, Missouri, a daughter to the late James Reginald and Laura Rose (Oberg) Mitchell.

Florence was a 1948 graduate from McKinley High School in St. Louis.

Florence was a mom and homemaker. She moved to the Bland area almost 26 years ago from Herculaneum, Missouri. She was a member of the First Baptist Church of Bland.

Florence enjoyed painting, writing, singing and was a member of several choirs. She enjoyed gardening especially growing roses. However, her greatest love was spending time with her children and grandchildren. Florence loved all children, and they called her grandma.

In addition to her husband of 61 years and her parents, she was preceded in death by one brother, Jim Mitchell and one sister, Gerry Lewis.

Expressions of sympathy may be made to Called Anointed Sent in Belle, Missouri.

To order memorial trees or send flowers to the family in memory of Florence 'Snooky' M. Stover, please visit our flower store.