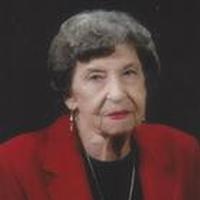 Fay was a member of the Mount Calvary Lutheran Church in Belle. As a younger lady she was very active in sports and played softball in Belle. She also enjoyed playing bingo, bowling, and was very involved in the genealogy of her family. She will be missed and remembered by all who knew and loved her.

Visitation will be held from 9:00 a.m. until 10:30 a.m. on Wednesday, October 15, 2014 at Sassmann's Chapel in Belle. A funeral service will follow at 10:30 a.m. with Vicar David Roth officiating. Interment will be in the Liberty Cemetery near Belle.

In lieu of flowers, expressions of sympathy may be made to the Mt. Calvary Lutheran Church of Belle.

To order memorial trees or send flowers to the family in memory of Fay E. Scott, please visit our flower store.