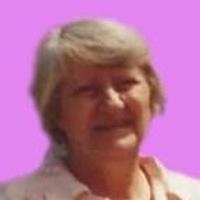 Eunice was born October 7, 1925, in Labadie, MO, a daughter to the late Fred and Bertha (Crider) Glandon.

Eunice had been employed at the International Shoe Factory, Amex in Bland, MO, Thistle in Belle and worked at Gasconade Manor in Owensville for many years.

She was a lifelong resident of the Bland area and enjoyed fishing, gardening, mushroom hunting, embroidering, quilting, cooking and visiting with friends. She loved flowers of all kinds and feeding the birds and hummingbirds but her first love was her kids. Eunices greatest joy was time spent with her family. She will be missed by those that knew and loved her.

In addition to her parents and husband, Eunice is preceded in death by one daughter, Lisa Sullentrup; one son, Tony Glandon; three brothers, Sonny Glandon, Dick Glandon, and Eddie Overstreet; two sisters, Agnes Buddemeyer and Betty Anderson; and one brother-in-law, Richard Schneider.

Funeral Services will be at 10:00 a.m. on Monday, April 24, 2017 at Sassmann’s Chapel in Belle. Interment will follow in the Howard Cemetery near Bland.

Expressions of sympathy may be made to the Ya Ya’s

To order memorial trees or send flowers to the family in memory of Eunice E. Hicks, please visit our flower store.