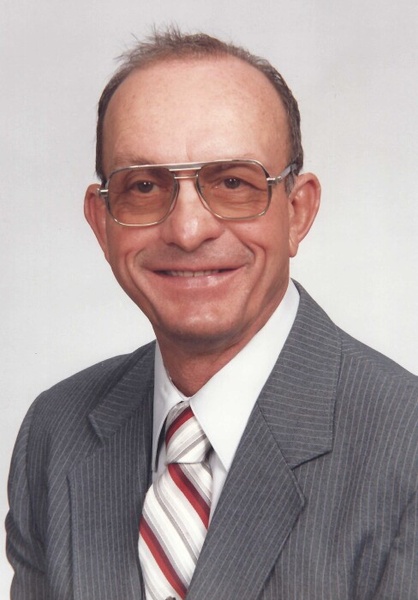 Elwood A. Runge, age 93, of Belle, passed away Thursday, August 19, 2021 at the Capital Region Medical Center.

Elwood was a lifelong area resident, a 1945 graduate of Belle High School and member of the Liberty Church of Christ.

Elwood worked the clay mines in Belle before purchasing Runge Tire and Oil in Belle in 1955. He ran it for 37 years and it’s been said that many a tall tale was told in the evenings as the men would gather there. After Elwood sold the business, he became a farmer raising Angus cattle. It was something he enjoyed very much. Elwood served on the Belle Fair board for a time as well as on the building board for the Belle Methodist Church.

Elwood was a good Christian man who attended church faithfully, read his bible every day, and his faith in God was undeniable. He enjoyed hunting quail when he was younger, gardening, mowing his grass, and watching St. Louis Cardinal baseball. Elwood loved to visit with people and tell stories, but his greatest joy was spending time with his family. He will be missed tremendously by his family and his community.

Elwood is survived by: two sons, Kevin Runge and his wife Kathie of Belle and Scott Kneeskern of Belle; three daughters, Lois Rosga and her husband Maurice of Columbia, Beth Hollis of Vienna, and Tammy Michael and her husband Scott of Owensville; twelve grandchildren; twenty five great-grandchildren; two great-great-grandchildren on the way; one brother, Larry John Runge and his wife June of San Antonio; one sister, Rita Kay Schmidt of San Antonio; one daughter-in-law, Sue Honse Kneeskern; four brothers-in-law; and five sisters-in-law as well as many nieces, nephews, extended family members and friends.

In addition to his parents and wives, Elwood was preceded in death by one son, Ronald Dean Kneeskern.

Funeral services will be held on Monday, August 23, 2021, at the United Methodist Church in Belle beginning at 10:00 a.m. Interment will follow in the Countryside Memorial Gardens near Bland.

Expressions of sympathy may be made to the Liberty Cemetery of the Koenig Cemetery.

To order memorial trees or send flowers to the family in memory of Elwood Runge, please visit our flower store.