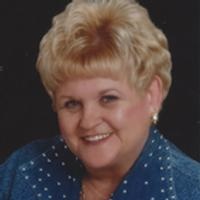 She attended the Belle School system and graduated in 1966.

On November 6, 1965 she was united in marriage to Ronald Edwin Guffey in Rolla. He survives of their home in Belle.

EllaRae had been employed as a Book Keeper and Manager at Garstang Gas for many years.

She was a member of the St. Alexander's Catholic Church in Belle, where she played the organ, and a former member of the Eastern Star.

In addition to her parents, EllaRae was preceded in death by one brother, Guy Garstang.

Mass of Christian Burial will be at 11:00 a.m. on Friday, February 12, 2016 at St. Alexander's Catholic Church in Belle with Fr. Gregory Tigga as the Celebrant. Interment will follow at Countryside Memorial Gardens near Bland.

Expressions of sympathy may be made to the St. Alexander's Catholic Church.

To order memorial trees or send flowers to the family in memory of EllaRae Guffey, please visit our flower store.