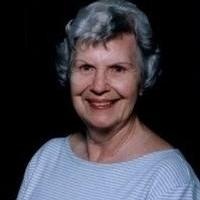 Elda Elenora Van Dyke, passed away on March 3, 2017, at Gasconade Manor in Owensville.

Elda was born November 6, 1926, on a farm in the valley just North of Bland to Andrew and Ida (Munch) Krause. Both of their parents emigrated from Germany in the mid 1800’s. Elda had a brother, Elmer, and a sister, Esther.

She walked the mile to Bland Public School for 11 years. World War II called many of her classmates and teachers to serve, so she spent her senior year at Enterprise Academy in Kansas. After graduating, she attended Union College in Lincoln, Nebraska.

Elda will be missed by her daughter Jan, a son Don, her grandson Donald, nephews, nieces, cousins, friends and the staff at Gasconade Terrace and Gasconade Manor, where she spent her last years.

In lieu of flowers, donations may be made to Heartland Hospice located at 615 Franklin Avenue, Washington, MO 63090.

To order memorial trees or send flowers to the family in memory of Elda E. Van Dyke, please visit our flower store.