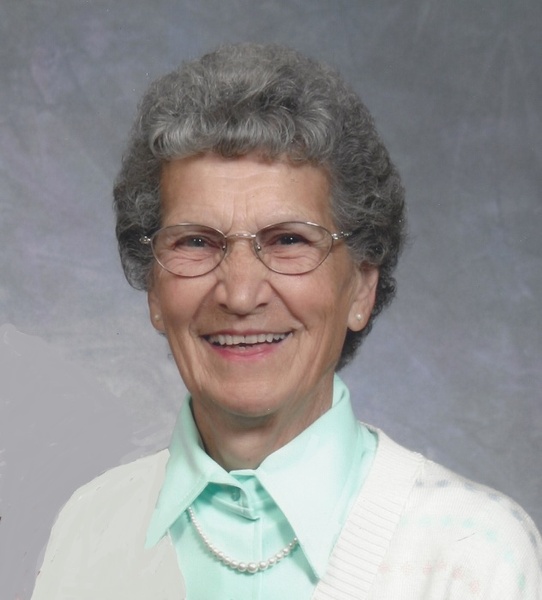 Effie S. Freie, age 89 of Jefferson City, passed away on Tuesday, March 26, 2019, at Jefferson City Manor with her family by her side.

Effie was born May 19, 1929, in Cooper Hill, a daughter, to the late Louis and Albertina (Danuser) Czeschin.

Effie was a 1947 graduate of Belle High School.

Effie was employed at the International Shoe Factory for 24 years.  She and Edwin then went to work for the Globe Democrat, a newspaper out of St. Louis, and then she was employed at Ramey’s Super Market in Owensville as a cashier for her last 10 years.

Effie was a member of Immaculate Conception Catholic Church in Owensville.  She enjoyed being outdoors, vegetable and flower gardening, and baking.  In her young years, she loved water skiing at Lake of the Ozarks, dancing especially the Jitterbug and two step dancing with Edwin at local dance halls.  She was an immaculate housekeeper and liked keeping busy.  Her greatest enjoyment came from spending time with her family and friends.

Effie is survived by one son, Gary Freie and his wife Penney (McQueen) of Holts Summit as well as many nieces, nephews, extended family members and friends.

Expressions of sympathy may be made to the Alzheimer’s Association.

To order memorial trees or send flowers to the family in memory of Effie S. Freie, please visit our flower store.