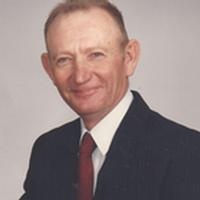 He was a 1953 graduate from Belle High School. Following high school, Edwin joined the United States Army, served in Korea, and was honorably discharged.

On May 19, 1959, Edwin was united in marriage to Ida Ridenhour who survives of the home.

Edwin was an active member of the Belle community. He served on the Maries County R-2 Board of Education, Belle Fair Board, MFA Oil Board, MFA Coop # 204 Board, ASCS Osage County Committee, Osage County Republican Committee, past Master of the Belle Masonic Lodge #373, Associate Patron of the Order of the Eastern Star, Associate Guardian of Job's Daughters, Sunday School Superintendent and Treasurer of the Belle United Methodist Church, Treasurer of the Koenig Cemetery and was a regular volunteer at C.A.S. Mission, Belle FFA, and FBLA.

After his service to his country, Edwin was engaged as a farmer. After he retired from farming, he drove a school bus for Maries County R-2 Schools.

In addition to his spouse of 56 years, Edwin is survived by: two daughters, Carole Moore and husband Keith of Belle, and Sandy Gray of Milford, Kansas; six grandchildren, Erin Curry and husband Adam of Belle, Wesley Moore and wife Alex of Sedgewickville, Will and Zechariah Moore of Columbia, Jamee Dawn Gray of Lawrence, KS, Jhade Gray of Milford, KS, Brandon Gray of Osawatomie, KS, and D.J. Gray of Chapman, KS, as well as many other extended family members and friends.

In addition to his parents, Edwin was preceded in death by: a sister, Mildred Crutsinger and her husband Glen, a brother-in-law Edward Young, brother-in-law William Luttrell and sister-in-law Esther Luttrell, and his mother and father-in-law, Oscar and Verlee Ridenhour.

Funeral Services will be held Saturday, November 28, 2015 at 10:00 a.m. at the Belle United Methodist Church with Pastor Sandra Dixon officiating. Interment will follow at Koenig Cemetery near Belle.

Expressions of sympathy may be made to the Belle United Methodist Church or to the Koenig Cemetery Fund.

To order memorial trees or send flowers to the family in memory of Edwin Allen Runge, please visit our flower store.
Send a Sympathy Card