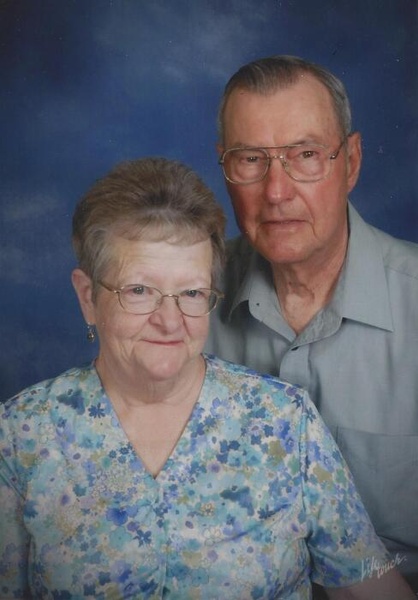 Ed was born November 11, 1937 in Maries County, the fifth of six children born to the late August J. and Mary C. (Southard) Morgan.

Ed was Baptist by faith, baptized when he was young and faithful throughout his life. He was a member of the First Baptist Church of Clinton at the time of his death.

Ed graduated from Belle High School in 1955 and served 3 years in the United States Marine Corps. He was honorably discharged in 1958.

In early 1962, Ed went to St. Louis and went to work for  Sunnen Products Company, a machine tool manufacturer, and worked for them until he retired the end of 1997. All but 3 years of that time he worked in the machine maintenance department with the last 11 ½ years as the department supervisor.

On April 20, 1963 he was united in marriage to Shirley Sue Elrod. To this union, two children were born, Anthony (Tony) Edwin and Ellen Ann.  They made their home in the St. Louis area, with the majority of the time living in Fenton, Missouri. In 1999, they retired to Clinton, Missouri.

Ed enjoyed hunting, fishing and most of all, spending time with his grandsons. Ed enjoyed his family and spent quality time with them as often as possible.

Ed was a quiet-natured, good, honest, hardworking man. He will be missed and fondly remembered by all those who knew and loved him.

To order memorial trees or send flowers to the family in memory of Edwin C. Morgan, please visit our flower store.