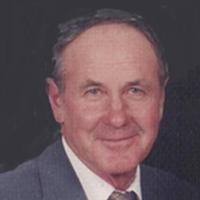 He attended school in Dixie Grade School and received his GED.

On June 18, 1960, he was united in marriage to Kathryn Strain at Pilot Knob Baptist Church. Ed and Kathryn lived in Summerfield for many years. She survives at Frene Valley.

Ed was employed for over 30 years at Garstang Gas Company and he raised cattle on the three farms that he owned.

Ed was a lifelong area resident and a member of the Pilot Knob Baptist Church.

Ed was a hard worker and loved being a cattle farmer. He was a generous man whether it be with his time or money. Ed liked to read and loved spending time with his family, especially his grandchildren. He enjoyed life.

In addition to his wife of 55 years, Ed is survived by: two daughters, Merry Drewel of Gerald and Kirsten Walje and her husband Russ of Richmond, TX; three grandchildren, Ethan and Lexi Walje and Kassie Drewel; two sisters, Dale Harvey of Jonesburg and Lucille Vincent and her friend, Jim Teague of Belle; a brother-in-law, Lowell Fryer of Rolla; as well as several nieces, nephews and friends.

Expressions of sympathy may be made to Pilot Knob Cemetery.

To order memorial trees or send flowers to the family in memory of Edward 'Ed' H. Giesler, please visit our flower store.