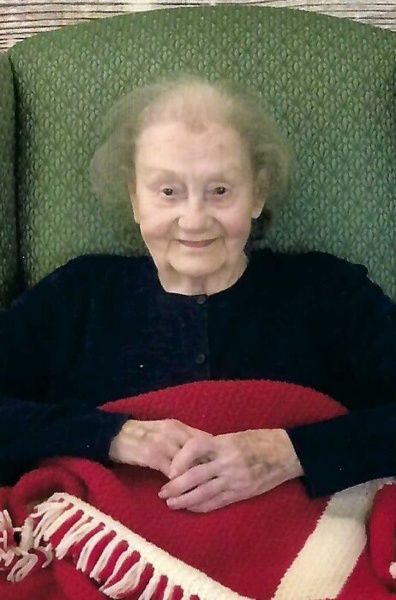 Edrie Marie Jett, age 94, of St. Louis, and formerly of Belle, passed away Sunday, January 3, 2021 at Gasconade Manor in Owensville.

She was born March 7, 1926, in Summerfield, a daughter to the late Robert E. and Emma (Hafner) Shanks. She was a member of the Liberty Church of Christ as a child.

On March 2, 1946 she united in marriage to Louis Jett in Columbus, Kansas. Edrie graduated from Beautician school in Kansas. Louis preceded her in death on July 24, 1996.

Edrie had been employed at Boeing in St. Louis as a computer programmer and retired after over 30 years of service.

Edrie enjoyed cooking, reading, and sewing and making her own clothing. She and her husband Louis liked to go on vacations to various places and both enjoyed skeet shooting. She was as good as he was with a gun. She loved getting together with family at gatherings and at the holidays. She will be missed greatly by her family and friends.

Edrie is survived by: two sisters, Mildred Rogers and her husband Wayne of Hazelwood and Norma Wehmeyer and her husband Frank of Owensville; three nieces and nephews, Gary Wehmeyer, Tricia Ridder and Steven Wayne Rogers; two great nephews, Trace and Trigg Ridder; and two sisters-in-law, Vera Thompson and Wanda Jett as well as many extended family members and friends.

In addition to her patents and husband, Edrie was preceded in death by one infant child, Lyle Keith Jett, and one niece, Sheryl Wehmeyer.

Visitation for Edrie will be on Friday, January 8, 2021 at Sassmann’s Chapel in Belle from 10:00 a.m. until 11:00 a.m. Funeral services will follow at 11:00 a.m. with Larry Harris officiating. Interment will be in the Liberty Cemetery. For those attending, facemask are suggested and social distancing guidelines must be followed.

To order memorial trees or send flowers to the family in memory of Edrie Marie Jett, please visit our flower store.