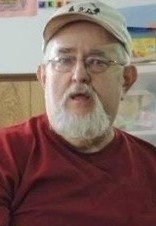 Eddie was born December 10, 1950, in Owensville, a son to the late Fern (Spinner) Neal. At a young age Eddie moved in with his grandparents, Trussie and Fred Crider who raised him.

On March 4, 1972 Eddie was united in marriage to Yvonne Rulo at the Catholic Church in Owensville. Yvonne survives of their home near Belle.

Eddie was lifelong area resident and a small engine mechanic for over 20 years. He worked for Ray Garstang for many years before purchasing the shop himself and ran it until his health declined. Eddie attended the Faith Christian Center Assembly of God Church in Belle.

Eddie was an avid coffee drinker and enjoyed C.B radios, hunting, cruising country roads, and storytelling. Most of all, he loved spending time with his family and especially his grandchildren.

In addition to his wife of 48 years, Eddie is survived by: three children, Eric Neal and his wife Amy of Belle, Timothy Neal and his wife Angela of Cooper Hill, and Carla Butler and her husband Warren of Belle; seven grandchildren, Sage, Austin, Bailey, Lacey, Dylan, Evan, and Alex; special cousins, Tom and Starla Neal and their children Thomas, Mary, and Jeffery; and several siblings as well as many extended family members and friends.

Eddie is preceded in death by his grandparents and his mother.

Private family services will be held. Interment will be in the Mt. Zion Cemetery.

Expressions of sympathy may be made to the family of Eddie R. Neal.

To order memorial trees or send flowers to the family in memory of Eddie R. Neal, please visit our flower store.