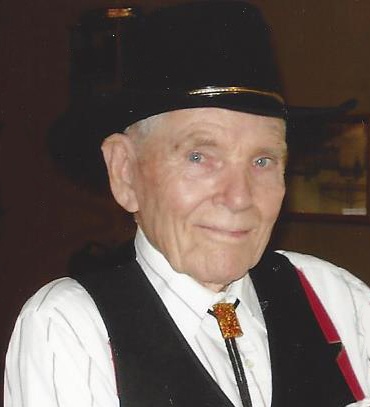 Earl proudly served his country in the United States Army during WWII in the Pacific theater.

On January 23, 1943 Earl was united in marriage to Edith Virginia Backues. She preceded him in death on January 9, 2009.

Earl had been employed at the Weldon Spring Ordinance Works near St. Charles for over 20 years and had been a member of the First Church of Christ in O’Fallon.

Earl enjoyed fishing, camping, and hunting deer. He and Edith enjoyed traveling and would spend the cold Missouri winters in the warmth of Texas. Earl loved watching the St. Louis Cardinals baseball games but most of all he loved spending time with his family and friends.

In addition to his parents and spouse, Earl was preceded in death by one son, Terry Lee Scronce and nine brothers and sisters.

Graveside services for Earl will be held at noon on Saturday, January 27, 2018, at the Liberty Cemetery near Belle with full Military Honors.

Expressions of sympathy may be made to the Liberty Cemetery fund.

To order memorial trees or send flowers to the family in memory of Earl John Scronce, please visit our flower store.