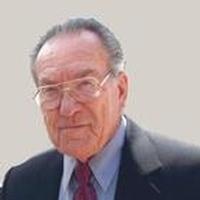 Earl graduated high school in Fairfield before serving his country in the Navy during WWII. Following the war, Earl was united in marriage to Gladys McGregor in Hayward, California. She preceded him in death in 2003.

After his service in the Navy, Earl worked as a lithographer for the Continental Can Company in Hayward for 25 years before retiring in 1977. After retiring from Continental he worked, for a time, as an automobile air conditioner installer in Livermore, California. Earl moved to Belle in 2011 to be closer to his granddaughter and great-grandchildren.

Earls many hobbies included, wood working, restoring and working on old clocks, fishing, and listening to music. He loved classical music and had a collection of albums containing Beethoven, Mozart, and the Boston Pop's among others. Earl will be missed and remembered by all who knew and loved him.

Earl is survived by: one granddaughter, Christy Moman and her husband Ted of Belle; four great-grandchildren, Jacob, Joseph, William, and Susan Moman of Belle; one son-in-law, Harvey Curtis of California; one sister Marion Mix of California as well as many nieces, nephews, cousins, extended family members and friends.

In addition to his parents and wife, Earl was preceded in death by: one daughter, Susan Curtis and one sister, Thelma Waterman.

Flowers or other expressions of sympathy may be made to the family of Earl H. Russell in care of Sassmann's Chapel, 207 Linn Avenue, Belle, MO.

To order memorial trees or send flowers to the family in memory of Earl H. Russell, please visit our flower store.
Send a Sympathy Card