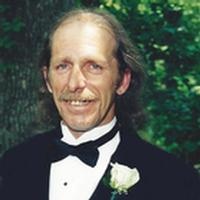 Douglas Keith Crider, age 54, passed away unexpectedly at his home in Owensville on June 7, 2015.

Doug was born May 22, 1961, in Rolla, Missouri. He was one of eight children born to the late Martin Jr. and Mary Crider.

He was raised in Vichy, Mo. on their family farm. Doug attended Belle High School and was a member of the Faith Baptist Church. He has been employed with the Newly Weds Foods Company in Gerald for the last 26 years. Doug was a hard worker and in the last 10 years he hadn't missed a day or been late. He enjoyed riding his Harley and playing around in his shed with his go kart, bicycle, or anything else he could tear apart and put back together. He loved spending time with his family at BBQ's and holiday dinners. But more than that, he loved his time shared with his grandchildren. They meant the world to him.

In addition to Doug's parents, he was preceded in death by two brothers, David and Dennis Crider.
Doug will always be remembered and loved by all who knew him.

Funeral Services will be at 11:00 a.m. on Thursday, June 11, 2015, at Sassmann's Chapel with Pastor Doug Lane officiating. Interment will follow in the Hickory Grove Cemetery near Vichy.

Expressions of sympathy may be made towards college funds for the grandchildren.

To order memorial trees or send flowers to the family in memory of Douglas Keith Crider, please visit our flower store.