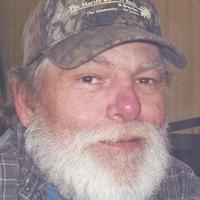 On July 4, 2011, Doug was united in marriage to Sandra Bingaman in Belle. She survives of their home near Highgate.

He has been a resident of the Belle area since 2000 after moving from Granite City, IL.

Doug had been employed at the Steelweld Equipment Company in St. Clair, MO where he worked as a mechanic and body man until he retired. After his retirement and relocation to Highgate, Doug continued to work on vehicles of all kinds, often fixing many of his neighbors tractors and trucks without any pay. He was a good, caring man who loved to help out others, night or day. Doug liked to keep busy, whether it was tinkering with one of his tractors or building cabinetry. He was “Mr. Fix It” and a “jack of all trades”. He enjoyed being outdoors and was a fan of older country western music.

In addition to his wife Sandra, Doug is survived by: one step-daughter, Connie Stull; one daughter, Selena Walker; five brothers, Harold Steinbach and his wife Collene of Jackson. TN, Dennis Steinbach and his wife Margie of California, Billy Turnbough of Granite City, IL, Bruce Turnbough of Granite City, IL, and Roger Turnbough and his wife Paula of Elkville, IL; three sisters, Diane Turnbough, Debbie Harbaugh and her husband Bob of Imperial, MO, and Deana Chiappa and her husband Joe of Grafton, IL, as well as many grandchildren, nieces, nephews, extended family members and friends.

In addition to his parents, Doug is preceded in death by two brothers, Greg and Jeff Turnbough and one sister, Margie Taylor.

Expressions of sympathy may be made to Hospice Compassus in care of Sassmann’s Chapel, P.O. Box 881, Belle, MO, 65013

To order memorial trees or send flowers to the family in memory of Doug B. Turnbough, please visit our flower store.