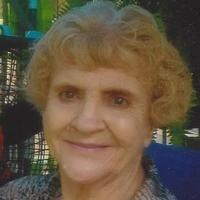 Dorothy Gregory, age 77, of Columbia passed away Monday, March 6, 2017 at the Boone Medical Center in Columbia.

Dorothy was raised in the Lutheran faith and had worked as a Nurses Aid for over 30 years in the Boonville and Tipton areas.

Dorothy enjoyed doing crafts, cooking, reading, mushroom hunting, walking and being outdoors. She liked to go to local parks and listen to the bluegrass and gospel bands when they would play. Dorothy liked to sing and had a wonderful voice. She loved working with and growing flowers but her greatest joy was time spent with her family. Especially her grandchildren and great-grandchildren. She will be missed by those that knew and loved her.

In addition to her parents, Dorothy is preceded in death by: four brothers, Walter Cook, Bill Cook and his wife Louanna, Bob Cook and Chuck Cook and his wife Amber; one sister, Margie Oney and her husband Walter; and one brother-in-law, Steve Clark.

Visitation for Dorothy will be held from 12:00 p.m. until 2:00 p.m. on Wednesday, March 8, 2017 at Sassmann’s Chapel in Belle. Funeral services will follow at 2:00 p.m. with Pastor Shane Jarvis officiating. Interment will be in the Bland Union Cemetery.

Expressions of sympathy may be made to the family of Dorothy Gregory.

To order memorial trees or send flowers to the family in memory of Dorothy Gregory, please visit our flower store.