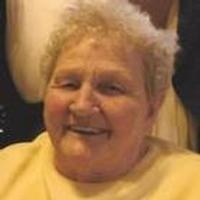 Doris was a 1950 graduate of Belle High School.

Doris was a homemaker and a member of the Belle Christian Church.

Doris enjoyed cooking, baking and sewing. Her greatest love was spending time with her family.

Funeral Services will follow at 1:00 p.m. at the funeral home. Interment will be in the Liberty Cemetery in Belle.

To order memorial trees or send flowers to the family in memory of Doris M. Woolley, please visit our flower store.