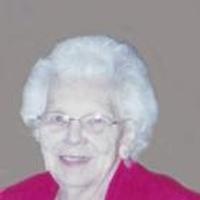 Doris was united in marriage on October 28, 1967, in Normandy, to Lawrence Arnold Robertson, who preceded her in death on October 13, 2005.

Doris's hobby was photography. She enjoyed taking pictures of her children, grandchildren, wildlife and several weddings. She was employed in the accounting department of Bethesda General Hospital in St. Louis for 26 years before her retirement and moving to Belle in 1992.

Visitation will be held from 12:00 p.m. to 2:00 p.m. on Sunday, November 30, 2014, at Sassmann's Chapel in Bland. Funeral Services will follow at 2:00 p.m. with Pastor Michael Satterfield officiating. Interment will follow at the Countryside Memorial Gardens.

In lieu of flowers expressions of sympathy may be made to the family of Doris Robertson.

Arrangements are under the direction of Sassmann's Chapel, Bland, MO. (646-3377)
www.sassmannschapel.com

To order memorial trees or send flowers to the family in memory of Doris Robertson, please visit our flower store.