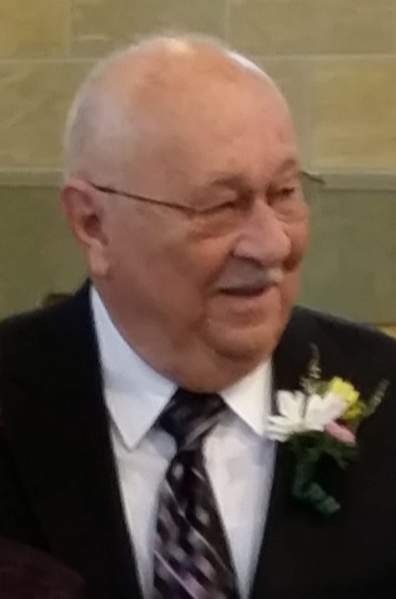 Donald Melvin Johnson, age 88, of Wentzville and formerly of Bland passed away Sunday, January 26, 2020 at the Heritage Point Assisted Living Facility of Wentzville.

Don was born October 31, 1931 in Washington, the only son to the late Floyd Vernon and Loy (Satterfield) Johnson.

Don was a 1947 graduate of Bland High School and a member of the Troy First Baptist Church.

In July of 1952 Don joined the United States Army and proudly served his country during the Korean Conflict. He had been employed at B.K. Furniture in St. Louis for many years following his time in the Army.

Don enjoyed old cars and attending cars shows. He was a member of the Model A Club in St. Louis and could be found at any point cleaning and maintaining his own Model A. Don, together with Hazel, enjoyed trips to Branson and other places. Don had a great sense of humor and liked playing board games with his friends. He was a member of the Wentzville Ramblers, a singing group that performed at local nursing homes in Wentzville. Don played the Q Cord and loved being able to minister to the people. He loved being outside and later in life, enjoyed just sitting on the front porch where he could watch the wildlife. Most of all, Don loved spending time with his family and especially his granddaughters. He will be missed tremendously by those that knew and loved him.

Don is survived by: one son, Phillip Johnson and his wife Jill of Troy; two granddaughters, Holli Johnson of St. Charles and Kelsey Brown and her husband Craig of Jefferson City; and one great-grandson, Jasper as well as many friends and people that knew and loved him.

Don was preceded in death by his parents and his wife of almost 65 years, Hazel.

Graveside services will be on Saturday, February 1, 2020 at the Highgate Cemetery near Bland beginning at 10:00 a.m.

Expressions of sympathy may be made to the Troy First Baptist Missions.

To order memorial trees or send flowers to the family in memory of Donald Melvin Johnson, please visit our flower store.