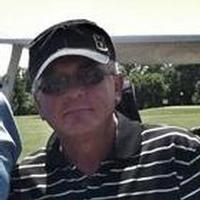 Denny was born September 9, 1954, in Rolla, to the late Loyd and Imogene (Ridenhour) Kinkead.

On February 21, 1976, Denny was united in marriage to Tammi Green at the Pilot Knob Baptist Church in Summerfield. Tammi survives of the home.

Denny was a lifelong Belle resident. He served in the Army during the Vietnam War and was stationed in Germany. He retired from the Chrysler Plant in Fenton after 25 years of service. Prior to his death, he drove a school bus for Maries County R-II School System for three years.

He was a member of Pilot Knob Baptist Church. Denny was an avid golfer at the Pine Ridge Golf Course in Belle. After many years of golfing, he had earned the nickname "The Governor". Over the past year, Denny had golfed over four thousand holes. At one time he was also a member of the Meramec Valley Pool League along with his daughter, Amanda. He will be missed greatly by all that knew him.

In addition to his parents, Denny was preceded by one brother, Donald Kinkead and his mother and father-in-law, Johnie and Mildred Green.

In lieu of flowers, the family has requested that donations be made to Pine Ridge Junior Golf Association
in Belle.

To order memorial trees or send flowers to the family in memory of Dennis W. Kinkead, please visit our flower store.
Send a Sympathy Card