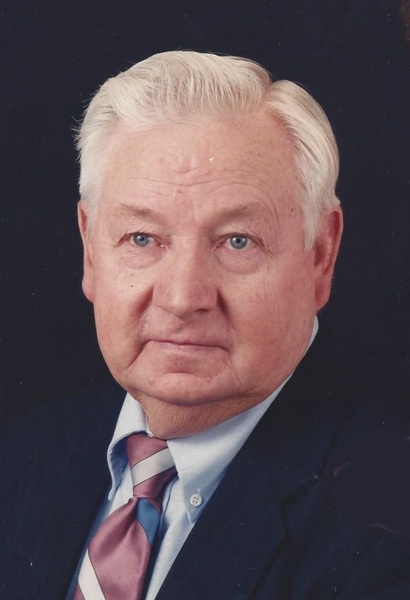 Gene was born September 16, 1934 in Maries County, a son to the late James Henry and Gladys Edna (Bell) Noblett.

On July 25, 1954 he was united in marriage to Dorthaleen E. “Dot” Ridenhour at the Vienna Methodist Church. Dorthaleen preceded him in death on August 17, 2017.

Gene was a lifetime area resident and attended the Belle First Baptist Church.

Gene was a very active member of the Belle area. He coached Koury Ball League and played slow pitch softball in both the men’s and coed leagues. He also sponsored many other teams over the years. Gene donated much of his time to the school system on many occasions, serving as the custodian for a time as well as driving a bus on routes and taking the kids to ball games. He served on the volunteer fire department in the 70’s and took part in setting up for the Belle Fair for many years. Gene enjoyed trucks, country music, watching westerns and the news, playing pool and watching basketball and Cardinal baseball.  He was a selfless, loyal, and honest man who always put others needs before his own. Gene was a devoted husband and father who loved helping and taking care of his family and will be missed greatly by his family, community and anyone that knew and loved him.

Visitation for Gene will be held from 10:00 a.m. until 12:00 p.m. on Saturday, August 8, 2020 at the Belle First Baptist Church. Funeral services will follow at 12:00 p.m. with pastor Robert Trigo officiating. Interment will be in Countryside Memorial Gardens near Bland. The public is invited to attend while following social distancing guidelines.

Expressions of sympathy may be made to Belle First Baptist Church.

To order memorial trees or send flowers to the family in memory of Denis Gene Noblett, please visit our flower store.