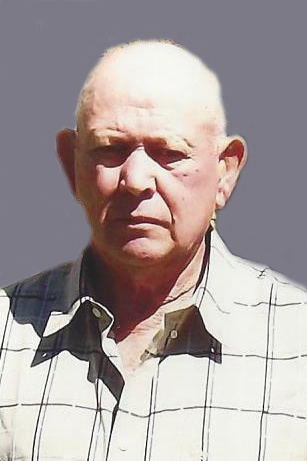 Delmar was born on September 4, 1933, in rural Osage County, the son to the late George and Minnie (McKinney) Backues.

Delmar retired from MoDOT after being employed for over 30 years. He was a lifelong area resident and attended the Church of Christ in Belle.

Delmar was a very hard worker and was happiest when he was busy. He enjoyed walking to keep in shape and working on tractors. Delmar liked going to Thresher and steam engine shows and liked to participate. He enjoyed classic country music and listening to the Grand Old Opry on the radio when he was younger. Most of all Delmar loved spending time with friends and family, especially his grandchildren and great-grandchildren.

In addition to his parents and spouse Delmar is preceded in death by two grandsons, Mike Flores and Seth Backues and one brother, Milford “Tuck” Backues.

Visitation will be held on Thursday, February 22, 2018 from 10:00 a.m. until 11:00 a.m. at the Belle Church of Christ. Funeral services will follow at 11:00 a.m. with Manuel Seaton officiating. Interment will be in the Liberty Cemetery near Belle with full Military Honors.

To order memorial trees or send flowers to the family in memory of Delmar C. Backues, please visit our flower store.
Send a Sympathy Card