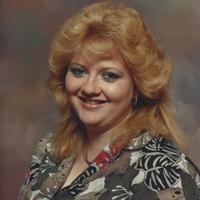 Dawn was born December 3, 1969, in Jefferson City, a daughter to Larry Dale and Mary Jane (Duncan) Durbin. Both survive of their home near Bland.

She was a lifelong resident of the Bland area, a 1988 graduate of Owensville High School and a member of the Liberty Baptist Church of Owensville.

On August 7, 2016 she was united in marriage to Mike Hoevelmann. He survives of the home.

Dawn was a very caring person who always enjoyed giving rather than receiving. She enjoyed making jewelry and doing crafts, playing video games, watching CSI and other investigative TV shows, cooking, music of all kinds, and helping the family out during deer season. She will be missed by those that knew and loved her.

In addition to her parents and husband, Dawn is survived by: three sons, Ben Cook of Bland, Criss Cook and his wife Bobbi of Swiss, and Ashton Cook of Bland; one brother, Jared Durbin and his wife Patti and their children, Dylan, Dalton, Cooper, and Chloe of Bland; one sister, Joni Sullinger and her husband Kale and their children, Immanual, Isaiah, and Ileana of Bland, as well as many extended family members and friends.

Expressions of sympathy may be made to the family of Dawn Vinson.

To order memorial trees or send flowers to the family in memory of Dawn Renee' Vinson, please visit our flower store.