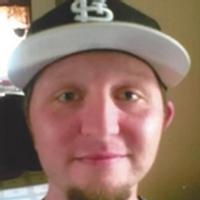 David was born March 30, 1981 in St. Louis to Clarence A. Turner and Janet I. (Damitz) Wolfenbarker. His mother survives of her home in Bland.

He attended High School in St. Louis and was a Boy Scout as a child. David was employed at Chrysler in Fenton until its closing.

David was a sports fan and played basketball for his school. He passed his love of the sport onto his daughter Megan. He loved other sports as well, whether it was playing them or watching them on T.V. He was a St. Louis Cardinal fan. David also enjoyed listening to music and fishing and camping. His greatest joy was time spent with his daughter. He will be missed by those that knew and loved him.

He was preceded in death by one sister, Diane Wolfenbarker and a niece, Kassidy Turner.

Expressions of sympathy may be made to the family of David Turner.

To order memorial trees or send flowers to the family in memory of David Turner, please visit our flower store.