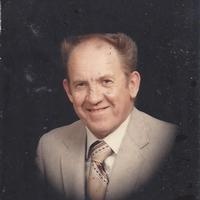 David was born May 25, 1937, in King Hill, Idaho, a son to the late William and Florence (Foster) Thompson.

David attended the King Hill School system before joining the United States Army at the age of 15. He was discharged for being underage just before his 17th birthday. He waited until he turned 18 and reenlisted, serving for 9 years in the Special Forces. David served during the Korean Conflict.

On May 27, 1984, he was united in marriage to Mary Lou McDaniel in Bland. They renewed their vows in 2009 after 25 years. Mary Lou survives of their home in Belle.

He was a member of the Faith Christian Center Assembly of God Church of Belle and retired from Jefferson Barracks in 1995 where he had been employed as a Ped-Orthodist for many years.

David was a former member of Columbia V.F.W. Post #280 and a lifetime member of the Disabled American Veterans Organization. He enjoyed wood working and was quite good at building furniture, doll houses, and piggy banks among other things. His other hobbies included watching football, the History Channel, and British T.V shows. David liked to cook, fish and tell jokes and riddles. He especially loved spending time with his family and friends. His joy of life and laughter will be missed by those that knew and loved him.

In addition to his wife of 32 years, David is survived by: eight children, Reva Thompson of New Jersey, Bill Thompson III and Sharlene Stromberger and her husband Alan, all of the state of Washington, Kelly Jackson and her husband Jodie of Columbia, David Thompson, Jr. and his wife Emily of Seattle, WA, Dana Fleenor of her husband Jeffery of Belle, Jamie Bush and her husband Lewis of Belle, and Jeannie Brodin and her husband Erik of Belle; eighteen grandchildren, Lauren, Julia, Blake, Brent, Leah, Crystal, Kishia, NaTasha, Sydney, Zachary, Molly, Samuel, Hilary, Kollin, Cheslee, Nolan, Marik, and Maeley; a great-grandchild, Kianna; one sister, Thelma Wentworth of Washington; and his dog Footloose, as well as many extended family members and friends.

In addition to his parents, David was preceded in death by one brother, Bob Thompson and one sister, Lillian Hathaway.

Visitation for David will be from 9:00 a.m. until 10:30 a.m. on Wednesday, January 18, 2017, at the Faith Christian Center Assembly of God Church in Belle. Funeral services will follow at 10:30 a.m. with Bro. Bill Perkins officiating. Interment will be in the Liberty Cemetery near Belle with full Military Honors.

To order memorial trees or send flowers to the family in memory of David Richard Thompson, please visit our flower store.