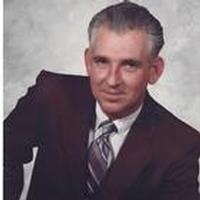 Danny L. Keeney, age 72, of Belle, passed away peacefully on Friday, May 2, 2014, at Capital Region Medical Center in Jefferson City.

Danny was born August 4, 1941, in Summerfield, a son to the late Berry and Opal (Elrod) Keeney.

Danny’s mother died when he was 3 days old and his father later married Ora Baxter who also preceded him in death.

Danny was a 1959 graduate of Belle High School and worked for 40 years for Chrysler as a journeyman welder before retiring in 2004. He was a member of UAW Local #136.

On November 24, 1962, Danny was united in marriage to Barbara Seymore at the Pilot Knob Baptist Church. She preceded him in death on September 21, 2013.

Danny was a lifelong area resident and a member of the Belle Church of Christ. He enjoyed hunting, fishing, he was a Life member of the NRA and a member of the Owensville Gun Club. He also enjoyed spending time with his grandsons, Jesse and Jacob. He was also a very devoted husband to Barbara and a loving dad to Renee. Against all odds Danny was able to attend his oldest grandson, Jesse’s wedding in September of 2013 and he had hoped to see his youngest grandson, Jacob, graduate college on May 10.

Survivors include: one daughter, Renee Kottwitz and her husband Melvin of Bland; one sister, Doris Tuschhoff and her husband Raymond of Owensville; two grandsons, Jesse Kottwitz and his wife Heather of Bland and Jacob Kottwitz of Bland; his mother-in-law, Ruby Seymore of Belle as well as nieces and nephews. He was especially close to his two double cousins, Melvin and Wendall Keeney both of Belle and also two very close friends, Dean Kneeskern who he thought of as a son and Gary Wallace, the best cousin and friend anyone could ask for.

In addition to his parents and his wife of over 50 years, Danny was preceded in death by his father-in-law, Bennie Seymore.

Funeral services will be held at 10:00 a.m. Monday, May 5, 2014, at the Belle Church of Christ with Jack Simons officiating. Interment will follow in the Liberty Cemetery.

Expressions of sympathy may be made to the charity of the donor’s choice.

To order memorial trees or send flowers to the family in memory of Danny L. Keeney, please visit our flower store.