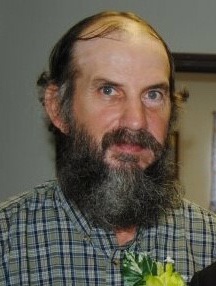 Danny attended school in Vienna, graduating in 1978.  On January 23, 1982, he was united in marriage to Sandra (Sandy) Diann Perkins.  Danny and Sandy made Belle their home, and raised their two sons there.  Sandy survives, of the home.

Danny worked at Kingsford, Quaker, Maytag, Higgins Quarry, Werner Enterprises, Feeler Tree Service and Walmart, throughout his life.  He graduated from State Technical College in 2002 with a 4.0 grade point average.  He found enjoyment in being outdoors, and especially found pleasure in time spent fishing, hunting and being on the family farm.  He liked country music, spanning the two "Georges", Jones and Strait.  Most of all, he treasured his family.  He was "Paw Paw" and Grandpa to his four older granddaughters and delighted in the short amount of time he had with his youngest baby granddaughter.

In addition to his wife, Sandy, Danny is survived by his two sons; Thomas and his wife Adell, Justin and his wife Kayla, five granddaughters, MacKenzie, Chloey, Brittany, Temperance and Brooklyn, all of Belle; one brother, Berthel A. Bray, Jr. and his wife Brenda, of Eugene, MO; three sisters, Doris Mosley and her husband Eddie of California, MO, Lana Scott and her husband Virgil (Scotty) of Jamestown, NC, Donna Scheidt and her husband Paul of Raytown, MO; his mother-in-law, Dolores Perkins, of Belle; and one brother-in-law, Jerry Perkins, and his wife Misty, of Belle; 11 nieces and nephews, several great nieces and nephews, as well as many other extended family members and friends.

In addition to his parents, Danny was preceded in death by; his father-in-law, Jake Perkins, a brother-in-law, Doug Perkins, and a sister-in-law, Karen Perkins.

with Funeral Services to immediately follow at Sassmann’s Chapel in Belle, with Bro. Bill Perkins officiating. Interment will follow in the Liberty Cemetery in Belle.

Expressions of sympathy may be made to the family of Danny Bray.

To order memorial trees or send flowers to the family in memory of Danny Bray, please visit our flower store.