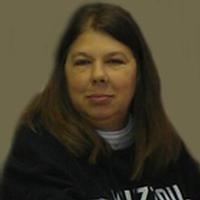 Connie was a 1977 graduate of Riverview Gardens High School in St Louis and had worked as a clerk for the Military Records Office in St Louis prior to becoming disabled.

Connie was of the UCC faith and was a huge St. Louis Cardinal's fan. She also enjoyed bowling, dancing, going to the casino and playing the slots but her greatest joy was spending time with and spoiling her whole family.

Connie is survived by: her spouse, James "Jim" Spangler of the home in Owensville; 2 daughters, Jessica Clarkson of St. Charles and Katrina "Annie" Erisman of Bland; a step-daughter, Karen Spangler of St. Charles; one brother, Gregory Clement, Sr. of Lampe; one sister, Carrie Breece of Bland; four grandchildren, Adrian, Wyatt, Launa and Morgan as well as nieces, nephews and friends.

In addition to her parents, Connie was preceded in death by one brother, Wylie Clement, Jr and one brother-in-law, Charles Breece II.

Interment will be in the Bland Union Cemetery at a later date.

To order memorial trees or send flowers to the family in memory of Connie Louise Clement, please visit our flower store.