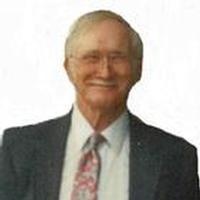 He was preceded in death by his parents, Hardy Benton and Sarah Ann Ridenhour and two brothers, Warren and Winfred Ridenhour.

Clinton lived near Lanes Prairie and worked as a farmer. He also did construction work in Texas and Connecticut and was employed at Kingsford for a time. He loved to go to the boats to play the slots and loved giving food to people in need.

In lieu of flowers expressions of sympathy may be made to the Frene Valley Alzheimer's Unit in Owensville.

Special thanks to the staff at Frene Valley who helped Clinton. Especially Debbie Faulkner. He felt as though she was part of his family.

To order memorial trees or send flowers to the family in memory of Clinton 'Clint' Thomas Ridenhour, please visit our flower store.
Send a Sympathy Card